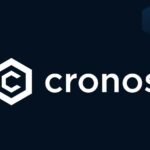 Cronos Chain is a public blockchain that is decentralized, open-source, and energy-efficient, with high transaction speeds and low transaction fees.

Creating an application in Web3 requires a lot of technology, protocols, security, and so many others. Some developers out there even dedicate their time to helping potential clients pursue their goals with the help of their existing projects, which have a connection to collaborators that could give them the best service there is.

With the rise of layer 1 blockchains like Cronos and Solana, the future of multi-chain appears brighter than ever. And Cronos appears to be doing very well considering the looming financial recession at the corner.

Cronos Chain is envisioned to support the creator economy through Web3 protocols in DeFi and GameFi, eventually serving as the foundational infrastructure for an open metaverse. Cronos is intended to serve a further billion Web3 users and assist them in realizing the full potential of self-custody of their digital assets. End users can thus import cryptocurrencies from the Ethereum, Cosmos, and other chain families into Cronos, and then use, trade, or invest them in innovative smart contract-based protocols that leverage the rich application ecosystem of Ethereum / Solidity, as well as rapidly port apps and smart contracts from Ethereum and EVM-compatible chains.

The protocol developers can take advantage of Cronos Labs, a Web3 startup accelerator and ecosystem development fund. Builders and creators can access its $100 million EVM fund.

What is Cronos Chain?

Cronos Chain is a public blockchain that is decentralized, open-source, and energy-efficient, with high transaction speeds and low transaction fees. Cronos Chain is an Ethereum-Virtual Machine (EVM) compatible blockchain built with the Cosmos SDK that supports the Inter-Blockchain Communication (IBC) protocol and is powered by Ethermint.

Cronos Chain is quick, inexpensive, and frictionless. Cronos strives for high transaction throughput (hundreds to thousands of transactions per second), quick transaction completion (5-6 seconds), and low transaction fees (from one cent to a few dimes). Its Proof of Authority (POA) consensus mechanism combines decentralization with transaction processing that is streamlined, scalable, and environmentally friendly. It can provide cheaper transactions than Ethereum mainnet, potentially making decentralized applications (dApps) and smart contracts more affordable, less carbon intensive, and easier to use.

Cronos aims to massively scale the Web3 user community as an open-source Layer 1 blockchain by giving builders the ability to instantly port apps and crypto assets from other blockchains while benefiting from low transaction fees, high throughput, and fast transaction finality.

Cronos incorporates the EVM and is built on top of the Cosmos SDK, allowing Cronos to support:

Cronos is powered by Ethermint, which enables smart contracts from Ethereum and EVM compatible chains to be quickly ported. Solidity developers with prior experience building on Ethereum or other EVM chains can use Solidity to build decentralized applications on Cronos.

Tendermint and the Cosmos SDK

Tendermint and the Cosmos SDK are the foundational components that allow Cronos to have a secure and consistent consensus engine as well as a framework for modular blockchain development in the programming language that developers are most familiar with.

Cronos can communicate with other Cosmos SDK-based blockchains that support IBC via Inter-Blockchain Communication (IBC). It is a cross-chain communication protocol with numerous applications such as asset transfer and cross-chain execution. An upcoming canonical Ethereum-Cronos bridge will allow ERC-20 tokens from other EVM compatible chains to be bridged to the Cronos ecosystem.

In the Cronos consensus, validators are reviewed and approved by other verifiers based on their commitment to the Cronos ecosystem, technical ability to flawlessly implement upgrades, track record in operating high availability nodes, and economic viability. The voting power of each node among these permissioned validators is determined by the staking token amount assigned to them by the validator group. The Cronos consensus is referred to as a Proof of Authority (PoA) consensus by the developers because the admission of new validator nodes requires existing validators to agree to donate or delegate staking tokens to these new validators.

Tendermint is a piece of software that is used to consistently and securely replicate an application across multiple machines. Tendermint has two key components: the consensus engine, Tendermint Core, and the application interface, the Application BlockChain Interface (ABCI).

The core of Tendermint ensures that validators receive the same transactions in the same order. Validators are using a consensus protocol known as Byzantine Fault Tolerant (BFT). This means that the consensus engine can tolerate machines failing or turning malicious. Before reaching an agreement on the contents of a block, validators vote in multiple rounds. This block will be added to the blockchain once the majority of validators agree on it.

Cosmos SDK is a free and open-source framework for PoS and PoA blockchains. Developers can use the Cosmos SDK to build custom blockchains on top of Tendermint that will interoperate with other Cosmos SDK blockchains.

The Cosmos SDK is prompted by a capabilities-based security model, which allows developers to think more about the security of module interactions. The Cosmos SDK is a secure environment for building blockchains that leverages the experience of previous blockchain state machines.

Cronos is resistant because it uses Tendermint’s consensus engine, a Byzantine Fault Tolerant protocol, even if up to 13 nodes fail or decide to act maliciously.

Validators are currently only accessible by invitation and are chosen based on security and performance criteria, including a background check, to ensure they meet the highest standards. On the technical side, validators must follow a security checklist and best practices when running their nodes.

One example of how to set up a validator node to mitigate the risk of DDoS attacks is the Sentry node architecture. A sentry node is similar to a full node, but it connects to one or more peers. These peers can be validators or nodes. Similar to a frontend/backend separation, the sentry node acts as a protection layer. In the event of a DDoS attack, multiple sentry nodes with dynamic scaling capabilities can make it much more difficult to impact the validator node.

The validator makes use of private connections and is not directly connected to the internet. Validators are expected to use this approach, as well as best networking and security practices such as multiple subnets, firewalls, and redundancy devices.

Cronos affiliates hold two types of tokens: CRO, which validators collect from users in the form of transaction fees, and the Cronos Staking Token, which validators receive as part of the Cronos chain’s Proof of Authority governance and represents their voting power in consensus and other on-chain decisions.

The Cronos community may propose governance changes as they see fit. For example, when a request is made to change blockchain parameters or community spending, community members can draft an initial proposal based on community feedback. A minimum amount of CRO must be deposited during the deposit period, which lasts 14 days or until the minimum amount of deposit is reached, in order to officially submit a proposal on the mainnet. Following that, the voting period begins, and voting power is assigned based on bonded stake. When the deposit requirements are met (i.e. 33.33% of the network’s voting power has voted and a majority of the voting power has backed the “yes” vote), a governance proposal is passed.

Cronos Play is a comprehensive modular suite of developer tools and services designed to help developers create gaming and GameFi applications in the Cronos ecosystem. Cronos Play is a critical component of Cronos’ strategy to attract tens of millions of end users to Web3. The developer platform will include integrations, developer products, and services for a variety of game platforms and languages, including the Unity engine, the Unreal Engine, and the C++ programming language.

Cronos wanted to usher the next billion users into DeFi, NFTs & Web3 gaming. With these services, it is guaranteed that Cronos’ potential clients can strive for longevity. Additionally, members of the Cronos community give their proposals to the protocol’s development team which will definitely help them add more compatible features. With this collaboration, more potential clients will be flocking in for the services offered by Chronos that will help every user succeed with their goals and ambitions.

What is Y00ts? Most Hyped New Solana NFT

What is Rocket Pool?