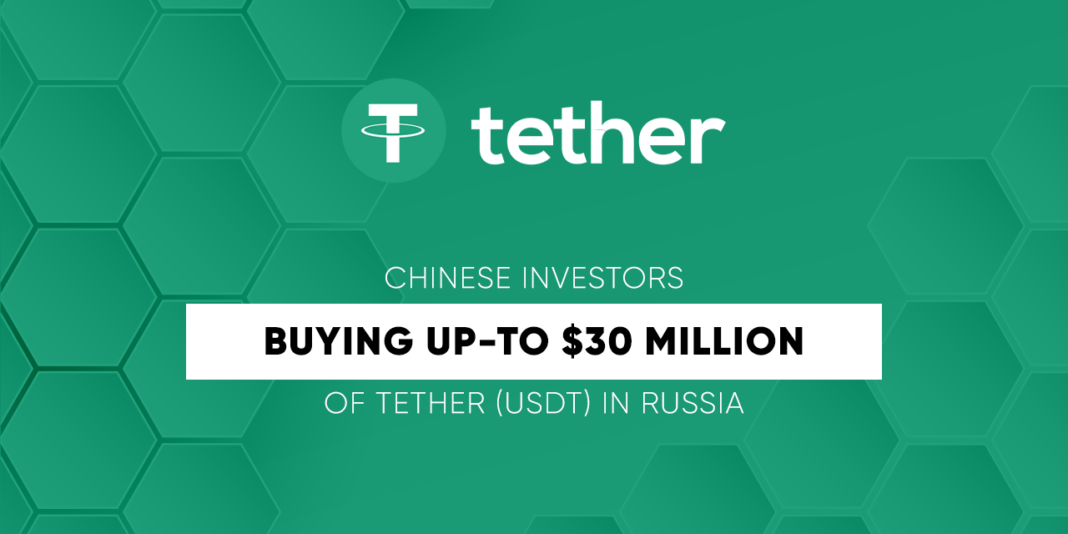 Importers from China are purchasing up to $30 million a day of tether (USDT) from OTC trading desks in Moscow. According to reports, this could be the only route for investors to bear strict capital controls in China.

Consequently, it is reported that Over–the-counter trading (OTC) trading desks are on overdrive in Moscow. Chinese merchants are exchanging millions for cryptocurrency every day. The bulk of this crypto obviously goes to China. What is more intriguing, though, is the kind of coin that is making waves.

Bitcoin is the most famous and oldest crypto. One would, therefore, assume that traders would prefer it for transactions on this exchange. However, it makes only 20 percent of OTC transactions. The remaining 80 percent is mostly Tether coins (USDT).

Why Tether Is Preferable

At the moment, daily volumes of USDT can exceed a staggering $10 million. Exchanges like the Huobi global are offering USDT OTC purchases in Moscow. Chinese traders often come with large volumes of cash to complete the deals.

“A client comes with cash, we register the price at exchanges, when we agree on a price, we make a deal…The client hands over the cash and a wallet address, the seller sends USDT to the wallet. There are a lot of OTCs here in Moscow City, a bunch of offices in every building, and the volumes for them all can reach several dozens of millions of dollars a day. It’s all paid for in cash.”

The stable coin has had some legal disputes but has maintained a relatively consistent value of about $1. This stability is excellent as it makes it a more suitable alternative to the likes of Bitcoin. Historically, Bitcoin has endured periods of tremendous volatility. The bear market of 2018, for instance, made it a really unattractive proposition. This stability is a great pitch for USDT.

Besides stability, Tether is excellent because it does not come with Know Your Customer (KYC) requirements. As such, it has the advantage of no limits on how much money you can send and location. This means that Chinese merchants who want a free flow of money have a convenient solution.

You actually need KYC to buy or sell USDT from Tether itself. However, since the token runs on a public blockchain anyone can send or receive it. Moreover, secondary trades are unrestricted and OTC trades take this route.

USDT has liquidity and stability to make the OTC transactions efficient. The stability just adds a cherry on top of the cake. Even though the Chinese government banned Fiat to crypto trading in China, merchants can still exchange USDT for fiat pretty easily. It is only that exchanges have had to move out of the country to escape the crackdown.

Those that intend to liquidate crypto assets for Yuan also get service through wire transfers on a bank, AliPay or WeChat Pay. Accordingly, ordinary Chinese can have a method to maneuver around foreign currency exchange caps of $50,000 a year.