The Reserve protocol provides a decentralized and censorship-resistant stablecoin. The protocol also provides a secure product that is completely stable by avoiding a complete peg to any single fiat currency.

Also, these stablecoins are centralized, opening them up for manipulation and government censorship. For example, Tether (USDT), the leading stablecoin, has been shrouded in mystery concerning its USD-peg. USDT’s developers have also been involved in allegations concerning misuse of funds and lack of transparency.

Luckily, projects like the Reserve protocol have a solution. Reserve, in particular, is working on providing a decentralized stablecoin that’s censorship-resistance. The secret is in the collateralization approach, which we shall talk about in this guide along with the project’s intimate details.

Reserve’s development team comprises known and anonymous members spread across the world. Among its known members are its two co-founders, Nevin Freeman and Matt Elder. Freeman is the CEO while Elder is the CTO.

What is the Reserve Protocol?

Reserve is a platform providing a decentralized and censorship-resistant stablecoin. The protocol also provides a secure product that is completely stable by avoiding a complete peg to any single fiat currency.

Apart from targeting the underserved, the protocol is also targeting those in countries suffering from massive inflation. Unlike other crypto-based projects that appear only on whitepapers and marketing materials, Reserve is already in use. Despite still being in a testing phase, the team is slowly but steadily achieving its goal.

However, the testing phase is happening in Venezuela, which has the highest inflation rate at roughly 400,000 percent. Notably, the country’s high inflation rate is part of the major reasons why it’s residents need a solution, albeit a quick one.

With Venezuelans relying on other fiat currencies such as the US dollar due to its relatively high stability and international recognition, Reserve helps them accumulate USD and spend it seamlessly. For example, through the protocol, users can use PayPal or any other registered financial firm in the country to cash out. To make this happen, the platform powers three types of tokens.

Tokens on the Reserve Protocol

Note that collateral tokens are made up of tokenized real-world assets such as securities and commodities.

How the Reserve Tokens Work Together

Although dealing with such a wide variety of tokens is complicated on the surface, their actual deployment makes it easy for them to work together. Let’s take a closer look.

Likewise, when the price increases above the stable price, arbitrageurs sell the token until the price goes back to normal. Note that the price difference holds the profit.

Capitalizing the network relies heavily on both the collateral and the platform’s native currency. A smart contract holds RSV backed by collateral tokens. The smart contract also holds funds used by investors to buy RSV tokens.

From a theoretical standpoint, it’s possible to miss the 1:1 collateral. When this happens, the Reserve protocol can expand the acceptable price to includes lows of $0.95 and highs of $1.05. Interestingly, this band stretch approach provides a level playing ground even if everyone was to liquidate their holdings. In addition, everyone gets a standard rate.

Apart from the platform’s native token that is stabilized around 1 dollar, the system also features a vault. This stores non-Reserve tokens use to buy RSV.

Also, being a combination of hosts for smart contracts, there are other key players. They include a Reserve and Vault manager, a market feed, and an auctioneer.

Each group guards against a particular type of risk. For example, assets grouped according to classes handle systemic dangers while those in the issuer group deal with counterparty risks.

Governance on the Reserve Protocol

If it’s for the community, the community should be involved, which the Reserve team understands very well. Although the platform is centralized, the team is working towards making it community-governed.

Part of the reason why the platform is centralized is for the team to ensure that everything is working smoothly before entrusting the governance aspect to a decentralized autonomous organization (DAO). With such an approach, the community will be able to raise issues in the form of proposals and vote for the recommendations. Community-based governance requires participants to hold RSV, which gives them voting powers.

By shifting from USD-based collateralization, Reserve provides a solid base to peg the RSV by avoiding currencies prone to inflation. Additionally, employing blockchain technology ensures that the stablecoin is resistant to censorship, making it a more reliable form of money. Also, decentralization adds to its security since the single point of failure is eliminated.

By using trusted oracles such as ChainLink, Reserve is able to interact with up to date external data. Consequently, the platform is able to make accurate decisions regarding its token price and collateralization.

The Reserve team and its list of investors provide a ray of hope to the credibility and vision of the project in the cryptocurrency world. 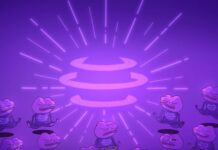 What is Aura Finance? $AURA