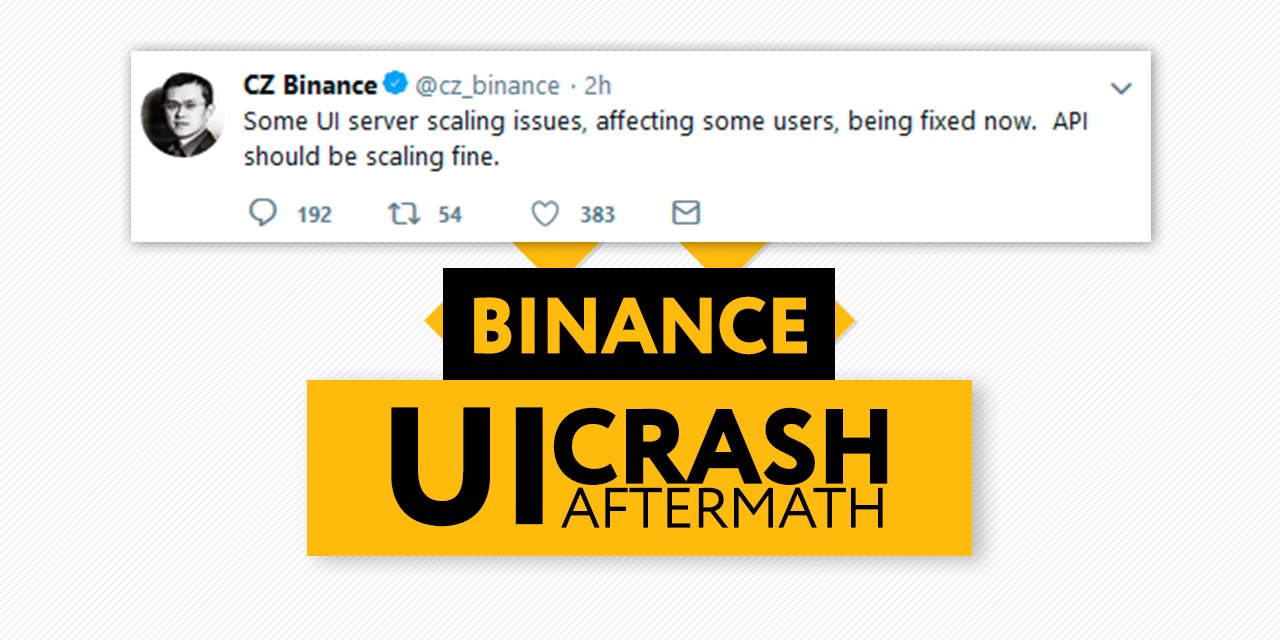 For the past week, the market has been bullish and have had many people jumping for joy at the latest developments. However, for some it has not been such plain sailing. Last week, it became clear that Binance was one such company to be taken off guard by the market as their exchange encountered a problem.

Various outlets reported that Binance exchange was crippled by a major technical issue. First pointed out by a post on Binance’s Reddit community, a user reported being unable to log after the exchange’s UI repeatedly crashed.

Zhao, the CEO of , accepted the report and went on to inform his Twitter followers about the situation. He tweeted,

An explanation for the crash was given by AMBCrypto who said, the UI crash was caused by a massive flash hike that could have possibly slowed down the exchange’s network ability to handle the enormous traffic.

Reddit representative symbiotic_bnb commented on the issue and stated:

“We’re experiencing some issues with the way that the UI is handled under stress [also applies to the applications]. Expanding our capacity at the moment and expect reduced latency soon.”

Despite Binance coin’s bullish success, it would appear that the exchange has not experienced the market swell as much. Reddit user, faresarOx,said it best, commenting:

“I guess B was not prepared for this sudden large interest in trading.”